Distinguished and Venerable Brotherhood of Our Father Jesus of Sorrows and Holy Mary of Hope.

HISTORY.
It was founded in 1940 in the Parish of Santa Marina de Aguas Santas under the name of La Sentencia (Sentence), a name which was substituted in 1954 due to the inclusion of the image of Jesús de las Penas (Jesus of Sorrows). Its first station of penance was on Palm Sunday 1940, and only the image of the Virgin was taken out, as it did not take both paces until 1954. In 1977 it was transfered to the Parish of San Andrés Apóstol due to the restoration and closing of the Church of Santa Marina. After the Holy Week in 1998, due to the restoration this time of the Church of San Andrés it was taken back again to Santa Marina for a year, and it was finally returned to San Andrés in 2000.

TEMPLE.
Parish of San Andrés Apóstol. Although it was remodelled in the 18th century, it is considered a Fernandine church as it was founded after the Christian reconquest, when the current chapel of the tabernacle and the side façade are dated, the latter, with a clear medieval appearance. During the Baroque period, and thanks to Bishop Marcelino Siuri, the temple was transformed, extended and enriched, and it was adapted to the taste of the time. In the last years of the 20th century, it has been deeply restored, unveiling its current splendour.

Nuestro Padre Jesús de las Penas (Our Father Jesus of Sorrows) – [PHOTO #1; #2]
The image of Nuestro Padre Jesús de las Penas (Our Father Jesus of Sorrows) dates back to 1953 and it was made by sculptor from Córdoba Juan Martínez Cerrillo, who also restored it in 1981. It is an image to be dressed, with dark complexion and low look that shows tiredness and neglect. Although it is an image to be dressed, part of his torso is sculpted, as it is presented with the white tunic rolled up almost waist-length. His face shows a lifeless gaze, submissive, parted lips, with blood due to the crown of thorns, which contrasts with the calm expression.
The moment represented is right after the sentence, when Jesus is deprived of his clothes and he is about to take the Cross. The scene is completed by two slaves, two Romans and a member of the sanhedrin, all of them made by Antonio Bernal Redondo. The image of the Lord is at the front, and behind it, on both sides, we can see a slave and a Roman; behind them, there is the other slave, who is kneeling and trying to take the Cross while he is looking at the Lord, as if asking for permission to put the Cross on Jesus’s shoulders. At the end of the group, there is another Roman, represented, like the previous one, with breastplate, short skirt and helmet with luxurious white feathers. 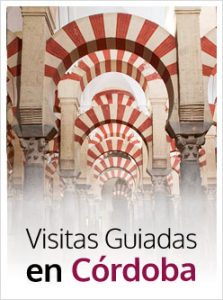