Join us for the most complete standard guided tour of the Mosque-Cathedral. With an approximate duration of 1,5 hours, you will discover all the secrets that the biggest treasure of Al-Andalus hides.

Always led by a historian, in this tour you will discover a unique building in the world, declared a World Heritage Site. 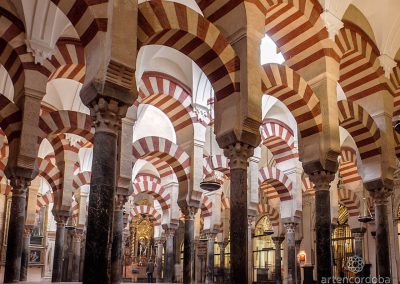 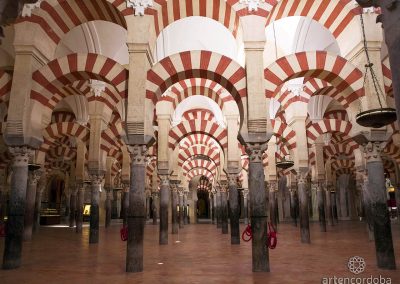 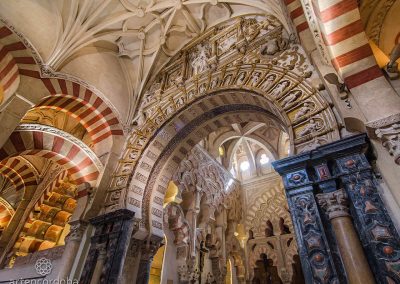 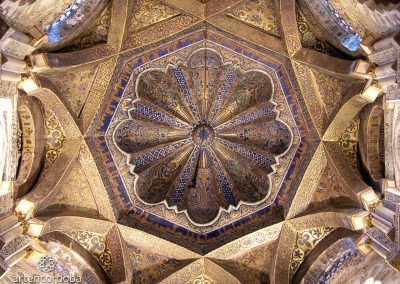 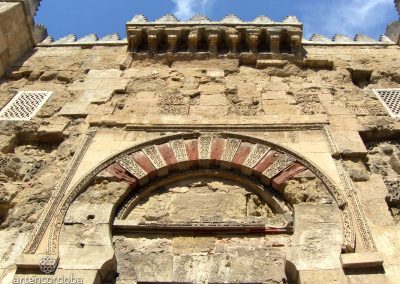 On the guided tour of the Mosque-Cathedral of Cordoba you will discover a unique monument in the world, declared a World Heritage Site by UNESCO. During the tour, we will talk about all the stages of construction of the building: the old Visigothic Basilica of San Vicente, the primitive Mosque of Abderraman I, and the successive extensions carried out by Abderraman II, Alhaken II and Almanzor.

Once the Christians arrived in the city, the old Mosque became a Cathedral, and the building underwent a series of transformations. The most important one would be the implantation of the Cathedral’s Cruise, built in the heart of the temple, which we will also analyze.

Price of the guided tour

(*) Not available on Sundays.

Door of Forgiveness of the Mosque-Cathedral (Google Maps)

I did the Madinat tour. It went very smoothly. I had to rebook the tour and it was done without any issue. The guide (Ana) was very knowledgeable but straight to the point. The two hours of the tour went very fast. I did it during the evening and it was very pretty. It was warm even if we did it at 21.30 (end of July) so I can’t imagine doing in the morning in summer.​

Great tour of the Mezquita-Catedral de Córdoba offered by Saray in english. We learned about many details and interesting facts regarding the amazing building! We would recomend it 100%!

They are very professional. They know how to treat the public and their explanations, very pleasant and well documented.

All the information about the Mosque-Cathedral of Cordoba… and just one click away!

If you are going to book the guided tour to the Mosque-Cathedral of Cordoba, you may be interested in the following articles, written by the tour guides and historians of our team.

Primitive Mosque of Abderraman I

The Mosque of Alhaken II